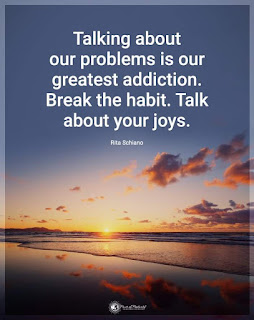 Happy Belated Mother's Day. I hope that each of you have had a wonderful day filled with a lot of love.

I meant to come and blog last night but yesterday was a busy day. Funny how everyone says that now that I have moved to Nevada where it is less stressful that I would have more time, I seem to have less.

Courtney and I had a early start to Mother's Day beginning on Saturday night. We got all dressed up in our "Dresses" and went out to dinner for drinks and Mexican food.

She ordered a strawberry daiquiri which looked good but was so strong and so I had her send it back and then the next one was not as expected but she didn't want to create a fuss and it was a mad house. I had 2 large frozen lime Margaritas and when she got the bill she said well no wonder that they didn't taste like a daiquiri, they were strawberry margaritas with whipped cream... Kinda Yuck Kinda Not! but that was the only complaint that we could come up with.

Then on the way home Courtney's sister in law who had Celeste who spent Friday night and all day Saturday out with them with friends called to say that they were heading home and would drop Celeste off so we were up listening to her tell us all about her sleep over with her cousins and their friends and by the time that I got to bed it was late.

I slept in until about 10:30 Sunday and we decided to go and get our hair cut. Karyn had sent us money for Mother's Day so we decided to treat ourselves to a hair cut and style.  My hair was past my shoulders and I hadn't had it professionally cut since way before the lock down pandemic started so I was ready.

I might live in Northern Nevada now but it has actually been hot here and we have had to turn the air conditioning on more than a few times so I was ready. I got a short A-Line Bob with some layers in the back. 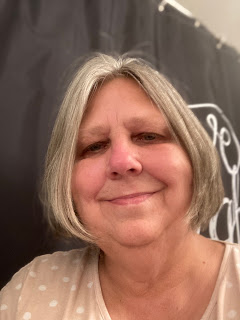 I am happy with it. Once we got home, after a trip over to the Dollar tree for some things we had been needing to pick up, I laid down and then Courtney's brother and family came over so we had to celebrate Mother's Day all over with cards and gifts and kids who gave me hugs and kisses and one of the sweetest things is the middle youngest who runs to me and climbs up into my lap and Nanna this and Nanna that and I play with him. Lily is  a year younger than Celeste, she is 5 and she cuddled next to me and said Happy Mother's Day I love you Nanna.

It is one of the best feelings in the whole entire world. I received so many wonderful cards and teddy bears and coffee cups and tootsie roll pops and picture frames.

Jonathan called me first thing yesterday morning, Karyn called mid morning and Nathan called right as I was getting my hair cut and Matt texted me. Of course I didn't hear from Laurie and I haven't in months. I have this horrible dread that something is wrong with them. But I know that there is nothing that I can do about it.

I have back to back doctor appointments this coming week starting at 8:50 in the morning. I have to be downstairs at 7:50 for my medical transportation to pick me up and I also have another at 4:00pm but Courtney has an appointment earlier so she is going to take me to that one and it is good that she can go because she likes to hear what my PCP has to say. I also have an upcoming appointment with a bone doctor to find out what is going on with my hand on the 19th. Right now at this moment you wouldn't think anything is wrong with it but who knows when it will start hurting badly again.

Happy Birthday Brayden, Nana Loves You! Hi,  This post isn't going to be as long as I would like but to tell the truth it would be 10 ... 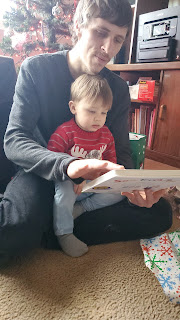